BOOK CLUB THURSDAYS: OH NO! I HATE THE HEROINE/HERO 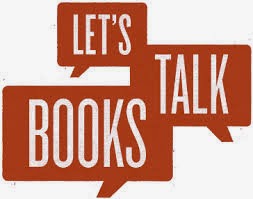 It's time for another installment of Book Club Thursdays. So thanks for joining us today to talk about hating a main character.

I hate reading a book when you hate one of the main characters.In fact, it can ruin the whole book sometimes. Truth is, usually if I'm going to dislike a main character, it's the women. I don't know why, but there it is.

Most of the time I can read a book when even when I hate either the hero/heroine. In fact, I actually enjoyed the booked I've picked despite HATING the heroine. In fact, she is probably the most vile, rotten, selfish(you get the idea)heroine I have ever read as a main character. What made it me hate her even more was she treated the hero horribly too(see above behavior). Maybe if I didn't like him or he was just as rotten I wouldn't have had such a strong reaction to her.

Liz Moncrief still blames herself. For getting involved in the first place. For putting her carrer at the FBI ahead of everything else. For being just too damned obsessed with catching the serial killer who buried his young victims alive. But the Cemetery Man eluded her--and murdered her daughter. Something in Liz died that day...and two years alter, the pain is just as raw.

Jake English, FBI Special Agent, is faced with an impossible task: protecting an ex-wife who loathes him. Who won't listen. He's on his way, Liz. And he's killed two more kids in less than two months. The Quantico HQ put Jake in charge of the case, but he knows that Liz is the one with the gift--the only one who possesses an intuition finely honed enough to get into the mind of the monster. And she must. Because Jake is certain the twisted, sadistic game the Cemetery Man is playing can only end one way...in death. 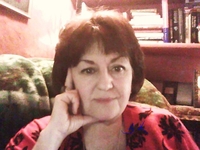 S. K. McClafferty launched a writing career in 1991 as Selina MacPherson. Seven historical romances later, she branched out into contemporary romantic suspense with her current pseudonym. She has written and published thirteen books and numerous short stories in the traditional publishing venue, writing for Avon Books, and later Kensington Publishing Corp, plus McFadden's Confession mags. Early in 2012, McClafferty launched her digital career with MacPherson's classics reemerging for Kindle under S. K. McClafferty, and brand new releases being published for the first time.

"I wrote and published for many years through New York publishers, and the stress can be hard to take. Authors have very little control over the books they publish through traditional venues, so it is extremely refreshing to take a hands-on approach, from concept to cover art."

McClafferty lives in the small, riverside village of Rosston, in the house where she grew up. She enjoys spending time with her dogs and working on her 150-year-old home.

I haven't read a another book by Ms. McClafferty since. Maybe I would like it, because I didn't have a problem with the Be Very Afraid itself just Liz.

You might be able to find a used copy of Be Very Afraid reasonably priced or at your local used book store. You may find it worth the read and I'd love to hear what you think if do.

I'd also love to hear about any hero/heroine that you hated.

And don't forget to check out what my best friends had to say:

Karen-The Many Faces of Romance 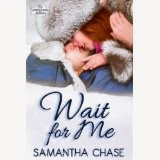