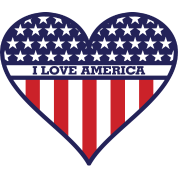 Today we are talking about romances with military heroes or heroines, a very popular theme in recent years.

I'd like to take a moment to thank all of our service men, women, and animals that help to protect America both on our soil and across the world.

I'm going to list a few of my favorite romances that I've read that have military heroes/heroines/themes:

Soldier Mike Nichols has come to Sweetness, Georgia, for one reason: to get help for his troubled black Lab, a decorated rescue dog, at the town's new military dog training facility. He doesn't expect to be referred to dog groomer Lacey Lovejoy instead!
Straitlaced Mike and free-spirited Lacey couldn't be more different. Yet the longer he works with Lacey, the more his attraction to her grows. They clash often, but their heated encounters also lead to a steamy night together that leaves them both reeling.
But when Lacey's job is done and it's time for Mike to move on, can their animal attraction turn into a permanent partnership?


He's a High-Octane Special Ops Pro
When Special Forces Captain Landon Donovan is pulled from an op in Afghanistan, he is surprised to discover he's been hand-picked for a special assignment with the Department of Covert Operations (DCO), a secret division he's never heard of. Terrorists are kidnapping biologists and he and his partner have to stop them. But his new partner is a beautiful, sexy woman who looks like she couldn't hurt a fly—never mind take down a terrorist.
She's Not Your Average Covert Operative
Ivy Halliwell is no kitten. She's a feline shifter, and more dangerous than she looks. She's worked with a string of hotheaded military guys who've underestimated her special skills in the past. But when she's partnered with special agent Donovan, a man sexy enough to make any girl purr, things begin to heat up...


In Glory, Kansas, the best bakery in three counties not only brings together ingredients for sweet treats, but is the place where—through the powerful mix of friendship, community and a well-stocked kitchen—a wounded hero can forge a forever kind of love.
Back in the hometown he left behind five years ago, Jack McConnell has returned battle-scarred and feeling like half a man. But Betsy Lewis only sees the hero who once saved her life and set her heart on fire. Now she's burning to save him in return. She'll use every trick she's got up her sleeve, from her generous natural assets to her talent for baking, to coax Jack out from the bottom of his whiskey bottle.
At first, Jack responds to Betsy like any red-blooded man would. He's always denied his attraction to the innocent girl he used to know, but he's returned to find Betsy's grown into a full-on woman with strength enough for both of them. Until Jack realizes the only way to conquer his demons and be worthy of the hero's mantle she's pinned to his shoulders is to save Betsy one last time—from himself.
Author Link

No touching allowed …
After serving her country, Georgia Trulane craves adventure—and sex. She's set her sights on her brother's best friend—now her boss, since she took a temporary job as his nephew's live-in nanny. Only problem? Eric refuses to touch her. That doesn't stop Georgia from seducing him. But an earth-shattering encounter leaves her fully exposed, body and soul.
Eric has a long list of reasons to steer clear of the woman he has wanted for as long as he can remember. For one, he refuses to be her next thrill ride. When he claims her, it will be for good. But the attraction is undeniable, and the more they fight it, the stronger it pulls. But will it be enough to conquer their obstacles? 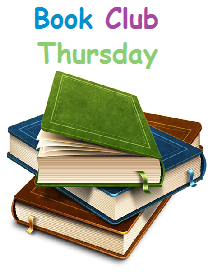 And don't forget to check in with the rest of the BCT Bloggers by visiting:

Kare@The Many Faces of Romance

And check back next week for a GIVEAWAY!