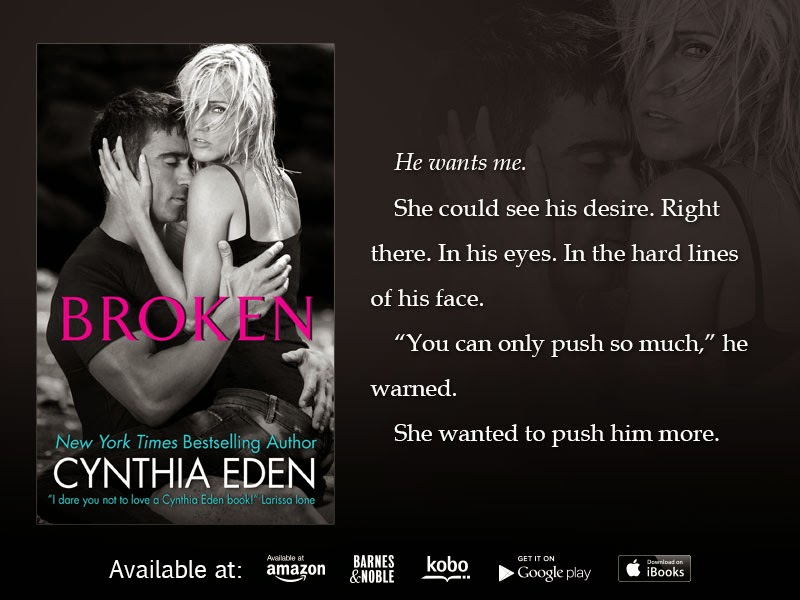 Ex-SEAL and LOST founder Gabe Spencer is accustomed to the unusual in his job. But when knockout Eve Gray steps into his office, he's rattled. For the mysterious woman is a dead ringer for the heiress thought to be the latest prey of the serial killer who goes by the name Lady Killer.

When Eve awoke in an Atlanta hospital, her past was a blank slate. Then she recognized her own face in the newspaper and vowed to learn the truth. Determined to confront the nightmares hidden in her mind, she never expects to find a partner in Gabe.

As Gabe and Eve work together, their explosive attraction becomes irresistible. Gabe knows that his desire for Eve is growing too strong, bordering on a dangerous obsession, but nothing pulls him away from her. And when another Eve lookalike disappears, Gabe vows to protect Eve at all costs. While Eve may have forgotten the killer in her past, it's clear he hasn't forgotten her.

WOW! Ms. Eden is at the top of her game with the start off book to this dark and sexy romantic suspense series. This has promise to be her best series yet!

I LOVED her Deadly years from years ago, and this book brings back the edge of your seat feeling I got from reading those books.

Broken is well written with great characters and tons of chemistry. Ms. Eden does an excellent job at concealing the killer, although my guess was right- I did doubt my choice!
Don't miss this book.

Award-winning author CYNTHIA EDEN writes dark tales of paranormal romance and romantic suspense. She is a New York Times, USA Today, Digital Book World, and IndieReader best-seller. Cynthia is also a two-time finalist for the RITA® award (she was a finalist both in the romantic suspense category and in the paranormal romance category). Since she began writing full-time in 2005, Cynthia has written over thirty novels and novellas. Cynthia lives along the Alabama Gulf Coast. She loves romance novels, horror movies, and chocolate. Her favorite hobbies include hiking in the mountains (searching for waterfalls) and spelunking. 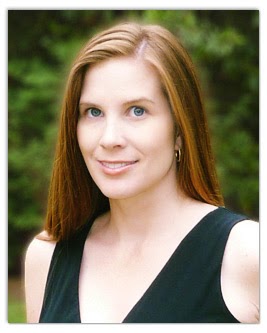 “Do you think I’m a con artist or a victim?”

“I think you’re a woman who has been hurt.” No denying that. “One of my team members, Wade Monroe, is contacting the Montgomery family. We’ll get DNA from them and find out—”

“If I’m Jessica.” There was hope in the words. Enough hope to break his heart.
Gabe nodded.

“When will we know?”

It would take a few days, even with the strings that he could pull. “As soon as possible,” he said, not wanting to give her a specific timetable.

“Thank you.” Then, just like that, she was across the car, giving him a tight hug. “Thank you.” 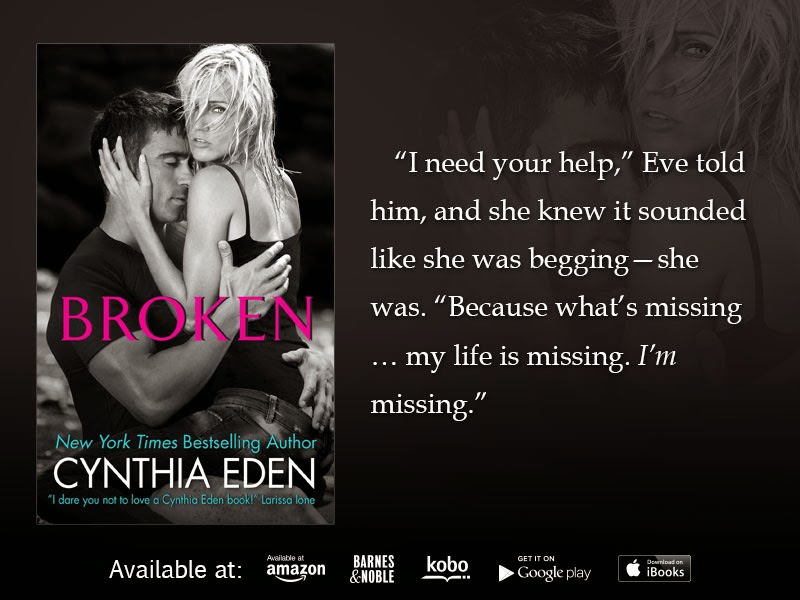 His arms wrapped around her, an instinctive response. She smelled faintly of flowers, a sweet scent that teased his nose, and her body was soft against his.

She tried to pull away, as if realizing what she’d just done.

For an instant he was tempted to hold her, to keep her close.

He let her go, but his body ached.

Yes, she should. While he was still clutching tight to his control. The control that said he shouldn’t push her. Shouldn’t want her so much. Not when she’d already been hurt so badly.

Her fingers reached for the door.

“Let me,” he said, voice rumbling, and Gabe climbed from the Jag. In seconds he was on the passenger side, opening her door for her. She rose, and her body brushed against his.

He stepped back. Distance. He seriously needed to put some distance between then. But even with some fast steps back, he could still smell that light and sexy scent that clung to her body.

And he still wanted her.

“Your shrink asked me a lot of questions about you,” Eve told him as she stood temptingly close.

Gabe inclined his head. “I’m sure—”

“I think she wanted to know why I respond so much to you.”

Oh, hell, she’d just said … He cleared his throat even as part of his body surged in quick response to her. “It’s a tense situation, you’re—”

“Others see you the same way.” Doc Tyler sure did. Bastard.

“It’s different with you,” she murmured as she stepped even closer to him. Her head had tilted back so she could look into his eyes. “I don’t know what I’ve felt for other men before.”

Why did the idea of others have his body knotting with tension?

“But I know that when I see you, I want.” A hushed confession. “I just … I needed to tell you that.”

And he needed to make his self-control a hell of a lot stronger. Her lips were just inches from his, and he wanted her mouth beneath his. Wanted her lips open. Needed to taste her.

“You’re the first man I’ve wanted since I opened my eyes in that hospital.”

He could actually feel his control splintering. Client. Cli— 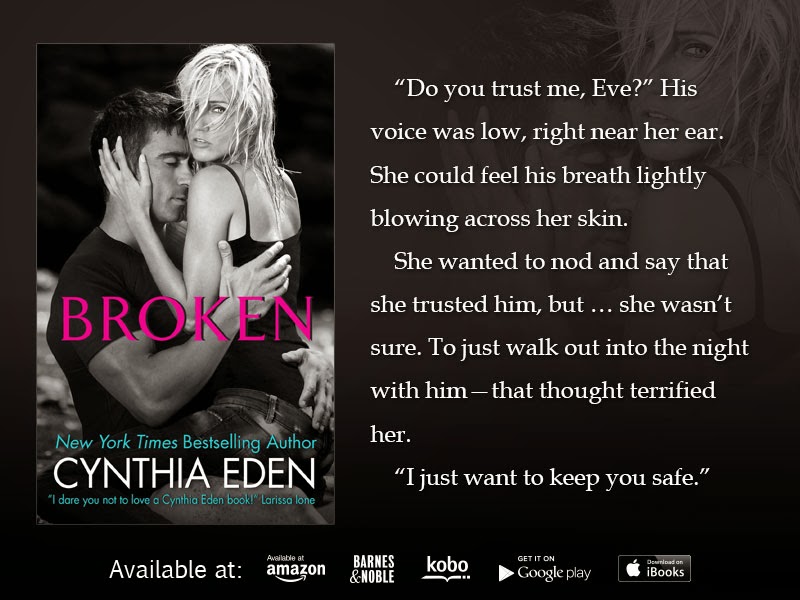 “You probably don’t want me. I—I might not be your type.”

Now her gaze had fallen, as if in embarrassment. Had she really just asked if she was his type?
She was probably every damn man’s type.


“But you make me feel normal again, so I had to tell you—”

His fingers curved under her chin. “Eve …”

Her smile was a little too big. Too bright. “I don’t think I can handle anything else right now, I’m …” She pulled away. Stumbled onto the sidewalk. “I just wanted to tell you how I felt,” she told him again.

Then she walked into the shelter, her steps hurried. As if she were running.

He stared after her. She wanted him.

And she was so fucking beyond his reach.