Will Ethan Frost go too far for the woman he loves?

The moment Chloe Girard walked into my life, she exposed secrets and emotions I always thought were best kept buried.

She wants to move on, to ignore the past. But I can’t do that. Not when she still suffers. And not when the man who hurt her remains unscathed. So when I discover the perfect opportunity to make him pay for what he did to Chloe, I can’t walk away, no matter the consequences.

But there’s a fine line between justice and obsession. As I turn up old crimes and new lies, I know that I’m playing with fire—and risking the very foundations of our relationship.

My love for Chloe is absolute. I just hope it’s enough to save us both. 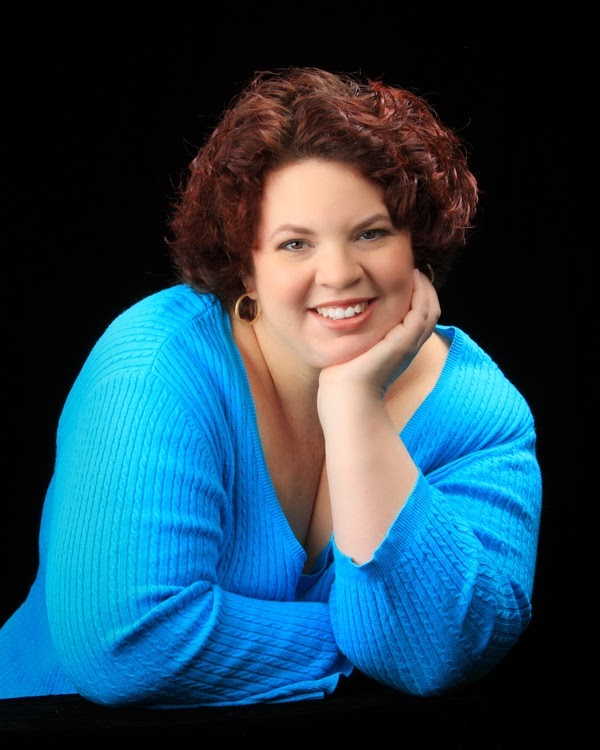 Tracy Wolff collects books, English degrees and lipsticks and has been known to forget where—and sometimes who—she is when immersed in a great novel. At six she wrote her first short story—something with a rainbow and a prince—and at seven she forayed into the wonderful world of girls lit with her first Judy Blume novel. By ten she’d read everything in the young adult and classics sections of her local bookstore, so in desperation her mom started her on romance novels. And from the first page of the first book, Tracy knew she’d found her life-long love. Now an English professor at her local community college, she writes romances that run the gamut from contemporary to paranormal to erotic suspense.

“Is it safe?” Tori asks an hour later, stumbling into the kitchen where I’m sitting at the table, sipping coffee and daydreaming of Ethan. “Does everybody have clothes on?”

“I’m the only one here,” I tell her. “And yes, I am wearing pajama pants and a sweatshirt.”

“Thank Christ.” She makes a beeline for the coffeepot and pours herself a large mug. I watch in amusement as she adds enough sugar to bankrupt a candy factory, then follows it with a quarter cup of cream before lifting the mug to her lips and downing half its contents in one gulp. 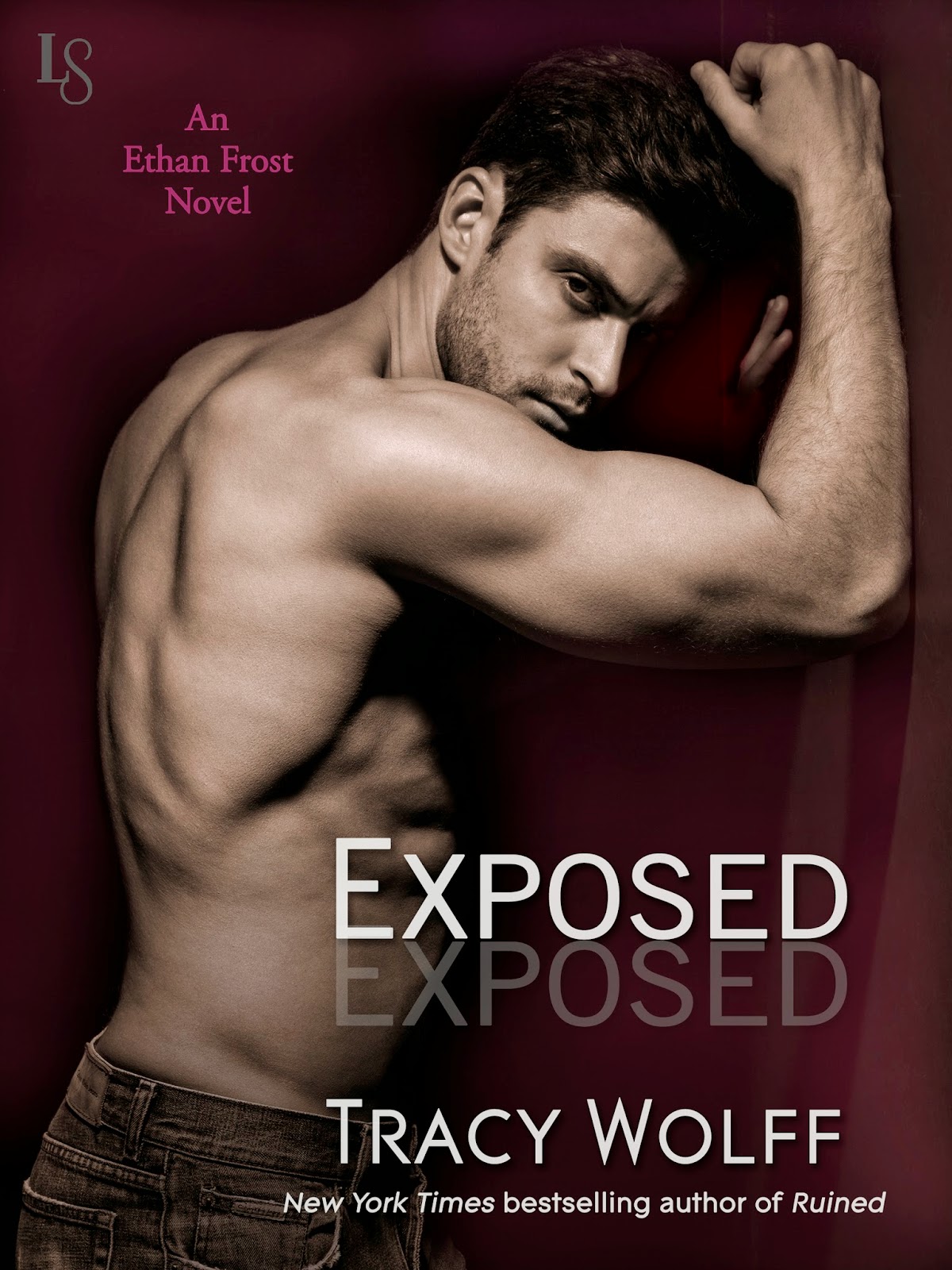 “How are you not three hundred pounds?” I ask in disbelief.

“Well, I won’t argue the good genes part, anyway.” The wineglass on the counter still holds the dregs of the two bottles of wine she drank last night.

“You should,” she replies with a snort.

I want to ask her what she means—it’s not the first time she’s made a derogatory comment about her family—but she’s got off-limits signs posted all over her when it comes to them. So I settle for bumping shoulders with her as I refill my own coffee cup.

She returns the bump, then smiles sweetly at me. With that smile, her short green hair sticking up in every direction and the remnants of last night’s mascara pooled under her eyes, she looks like a little kid playing dress-up. Dress-up in a punk rocker’s closet, mind you, but still dress up.

At least until the smile fades and she pins me with a look meant to bring better women than me to their knees. “Details. Now.”

“Believe me, I know. My room’s next to yours and the walls aren’t nearly as thick as you think they are.”

“Don’t be.” She waves airily. “Since I wasn’t getting any action last night, it’s good that someone was.”

I laugh despite myself. “Nice, Tori.”

“Hey, if you wanted nice, you probably should have picked someone else as your best friend.” She grabs a box of donuts off the counter and plops them in the middle of the kitchen table before settling into the chair opposite mine. “Just saying.”

“Yeah, well, it’s too late to worry about that now.”

“Damn straight.” She grabs a donut, then shoves the box toward me. “So what happened after I left yesterday? You need to give me the scoop before loverboy gets back.”

“Obviously, you made up. Didn’t we just talk about all the reasons I couldn’t sleep last night?”

“Well then, what do you want me to say?”

“I want details. Did he grovel—I mean, with something besides that bracelet you’re wearing. Because even I have to admit that is some serious groveling in and of itself.”

I glance down at the heavy bracelet Ethan had delivered to me yesterday. The one he fastened around my wrist when I told him that I loved him. That I’d marry him. It’s as much a sign of his possession as the belly chain I wear around my waist—another gift from him.

“I wouldn’t dream of it, darling,” she drawls in her best Sophia Loren voice. “I still remember your freak-out over the belly chain.”

When I don’t say anything else, she finishes off her donut in silence, all the while watching me with dark eyes.

“You look happy,” she finally says.

“That’s all that matters, then.” She drains her coffee, then pushes back from the table. “I’m going to take a shower, then head to the beach. Want to join me?”

She rolls her eyes. “Let me guess. Loverboy talked you into going back to work at Frost Industries?”

“I haven’t decided on that yet.”

“Then what’s going on? Is he coming back to sweep you off to some romantic getaway?”

“Vegas? Really? I had him pegged for a private-island-off-the-coast-of-Greece kind of guy. I have to admit, I’m a little—”

“We’re getting married.” I say it fast, hoping it will have less of an impact that way.

No such luck. Tori stops in her tracks, eyes wide and mouth gaping like a fish as she tries to wrap her brain around what I just said.

“What?” she finally squeals before launching herself at me. “He asked you to marry him? When?
Where?”

“Today. And I already told you. Las Vegas.”

She’s back to staring at me like I have three heads. “I meant when did he ask you. But what you’re telling me is that you’re flying to Las Vegas today? To get married today?”

“That is what I’m telling you.” I start gingerly trying to untangle myself from her embrace. It isn’t as easy as it sounds, especially when she’s hanging on for dear life and doing her best impression of an octopus with its prey.