Two of the wildest hearts in Scotland fight for their destiny in this searing-hot romance, sure to be devoured by fans of Jennifer Ashley’s Shifters Unbound series and Shelly Laurenston’s Pride Stories.

As a bear-shifter in a pack roaming the Scottish countryside, Bryce Matheson embodies brute force and untamed abandon. As a widower, he’s running scared. When Bryce attempted to open his scarred heart to another, she grew tired of waiting for him to state his intentions, and the unearthly beauty spurned him for someone who wasn’t worthy. But now that fate has conspired to set Kenzie Denune free once again, Bryce vows to finally win her love.

Kenzie is a witch who summons her powers to protect those too weak to care for themselves. After surviving an abusive husband, she swears off men—even men like Bryce, whose iron muscles make her knees weak, and who’s piercing eyes fill her with longing. Her life’s purpose is to help others. However, dark forces have different plans for her gifts. To save herself, Kenzie must team up with the shifter who has always stirred her soul—and trust in a passion powerful enough to set her blood aflame.

BUY AT B&N
BUY AT ITUNES

BUY AT KOBO
ABOUT THE AUTHOR~ 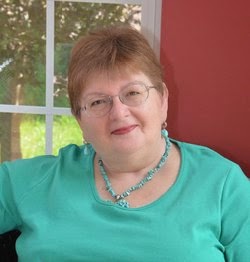 Vonnie Davis, who studied English at Penn State, likens herself to a croissant: crusty, wrinkled, flaky—and best served with strong coffee. After a career as a technical writer, she’s spending her retirement playing fairy godmother to her characters, giving them their happily-ever-afters. Six fantastic, talented kids call her “Grandma” and brighten her world in so many ways. She lives in Southern Virginia with her husband, author Calvin Davis.

Bryce, still damp from his quick shower, tugged on a pair of clean jeans and reached fer a bottle of cologne. He wanted to make a good impression on Kenzie tonight. Driving her to her apartment to help her pack would be his pleasure, but he doubted she’d look on it in the same light. Not after he’d put the brakes on their budding romance fourteen months ago.

He braced his hands against the top of his chest of drawers and hung his head. Breaking things off with Kenzie had been the worst mistake he’d ever made. One he’d regretted every day since. He still hadna forgiven himself for thinking it his obligation to live emotionally in the past with his deceased wife. After all, hadna his mum lived without a man since his dad died when Bryce was only five? But then, she hadna fallen in love with anyone, the way he had with Kenzie. 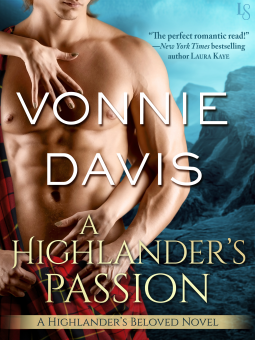 Hell, he kent her better than anyone else. They’d played together every day as youngsters, shared secrets, sworn oaths to each other as teenagers. Then Miranda walked into his life and suddenly everything revolved around her. Losing his young bride so soon after their rushed marriage had flung him into a dark place. ʼTwas Kenzie who had tugged him into the sunlight again, a few years later.

She’s ours. His bear roared within Bryce’s chest. And thanks to yer stupidity, it’s gonna take more than charm to woo our calico-eyed darling. Ye treated her like she had no worth. Due to Bryce’s earlier waffling, not only did he have to listen to his inner bear’s harangues, he also had to convince Kenzie he was now ready to commit to a long-term relationship.

His ending things had left her bitter where he was concerned, and he couldna blame her one whit. He’d been a numpty-headed fool. If he hadna turned from her, she wouldna responded to the advances of Duncan and fallen victim to the fuker’s abuse. He’d always been a bully at school and a charmer in front of the teachers or the principal. Duncan knew how to pour the charisma on when it suited . . . the diabolical bastard.

The day after she’d miscarried, and he and his brothers had captured Duncan, Bryce hovered by her bedside in the hospital. Nothing or no one could keep him away, including his mum’s lecture about what was proper in everyone’s eyes. He carried a strong sense of responsibility fer Kenzie’s condition. If only he’d kept her near, loved her, cherished her, she’d have been safe with him and little Colleen, his daughter. But no, he’d been too attached to the memory of Miranda.

A man hated feeling useless, especially a Scot. As he’d held Kenzie’s hand while she slept, her face battered and bruised, he’d been emotionally gutted. He’d traced the blue veins on her limp hands, and his tears had plopped on them, for he’d have moved heaven and earth to protect her, to care fer her. But how did a man erase the pain of a woman who’d lost her bairn? What could he do to help her?

If he treated her with gentleness and showed her how precious she was to him, with luck, today might be the beginning of their coming together again. He’d take her someplace special, maybe the Crazy Horse, where they’d gone so often when they’d dated.