She’s on the run…

Brilliant art appraiser Alex Northrop’s ex used stolen art to fund his nefarious activities. Now he wants her dead. But it isn’t just herself she’s worried about – if he discovers who she really is, he’ll kill her family.

Professor Henry Chilton is shocked to find a beautiful stranger passed out in his bed, and even more so when she reveals a priceless painting is a forgery – the painting he’d planned to use to fund a woman’s shelter. She’s mysterious and frightened, and he is determined to discover why.

Alex's knowledge of art is undeniable—just as Henry’s attraction to her is irresistible. But in order to help him recover the real painting, Alex isn't just risking exposure...she's risking her life. 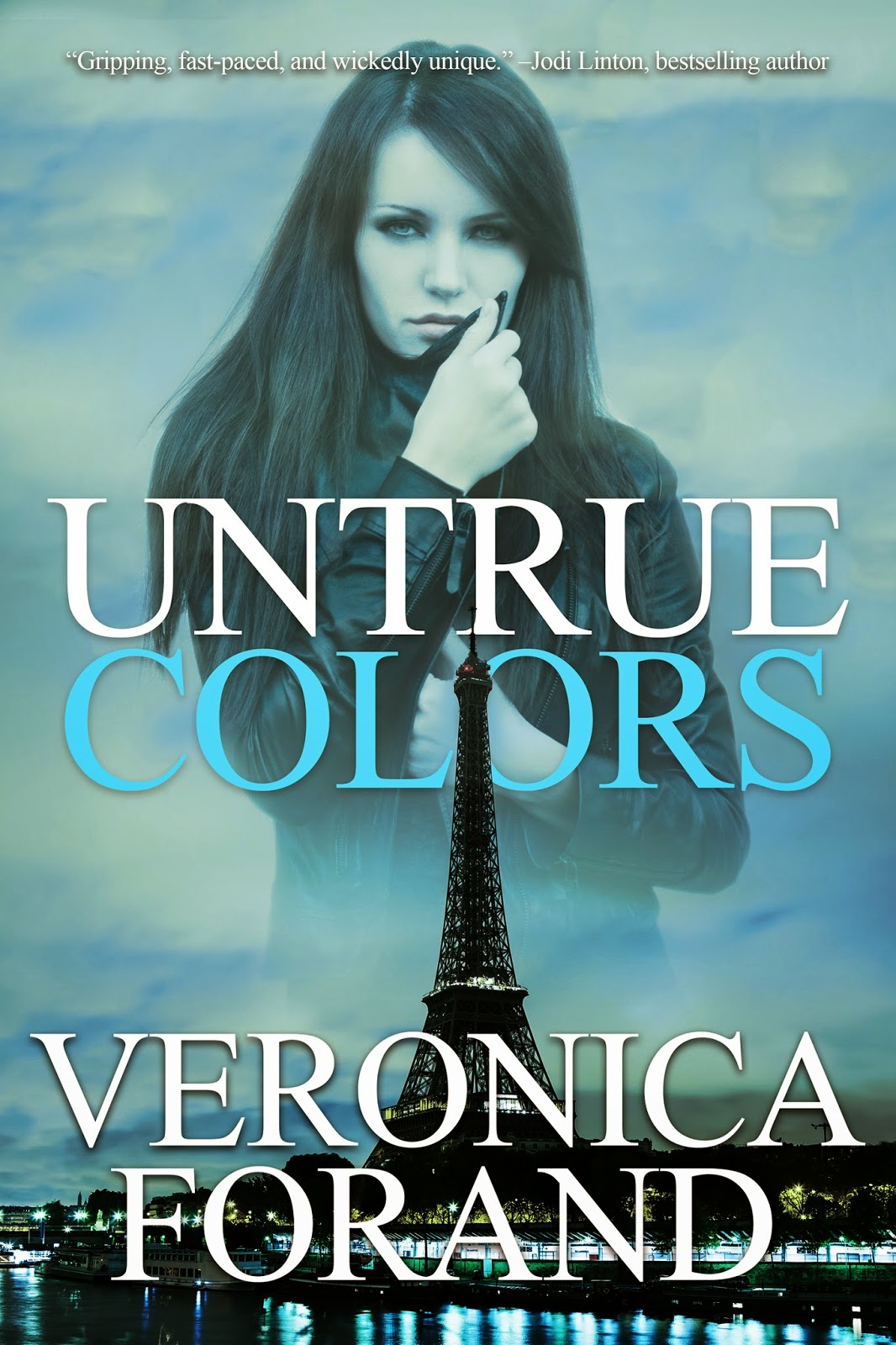 BUY AT B&N
BUY AT ITUNES
BUY AT KOBO


A Bostonian by birth, Veronica Forand regrettably lost her Boston accent while moving from state to state and country to country. Cleveland probably had the most profound effect on her ability to pronounce the “r” in the word “park.”
She does try to return now and then to visit family and eat long neck clams and lobster. Summers on Cape Cod are also high on the priority list. 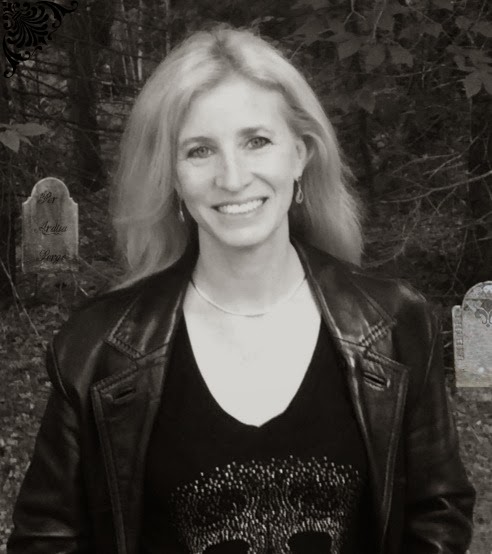 Her experience in crime involves time as a court appointed attorney. Eventually, she switched fields to where bigger crimes take place, corporate tax. The allure of spending mornings in her pajamas homeschooling her children and writing fascinating fiction caused her to change careers again. Now that the kids are out of the house (in school), she writes romantic thrillers by day and is the perfect wife and mother at night.
Her experience in romance is limited to one man. Luckily, he’s still finding ways to charm her by taking her on vacations to the south of France, Fiji, and the Green Mountains when time is short. Avid travelers, they love to roam with their kids across continents in pursuit of skiing, scuba diving, and the perfect piece of chocolate.
She’s lived in London, Paris, Geneva, Washington D.C., and the accent destroying city of Cleveland. She currently resides near Philadelphia.

I was given a copy of this book for my honest review as a part of this tour.

I really enjoyed this original fresh take on the Romantic Suspense genre.  The topic/plot/ and art world backdrop was interesting. This book  had the perfect mix of romance and mystery and on your seat thrills.

And throw in a strong kick ass heroine and yummy alpha hero and you have a well written, sucks you right in type of book. I recommend this book and would read another one by this author.

Alex grieved as she looked toward the Louvre for possibly the last time. She had no choice but to leave Paris and the sublime treasures forming its artistic soul. Overhearing Luc’s plan to celebrate their four-month anniversary by murdering her set off her own plan of running as far away from him as possible.
What began as a fairytale romance had morphed into a traumatic descent into hell. Luc had no problem stealing fine art and artifacts and using Alex’s expertise in appraisals to dupe art collectors and even small countries of their valuable assets. She had huge problems with those things. 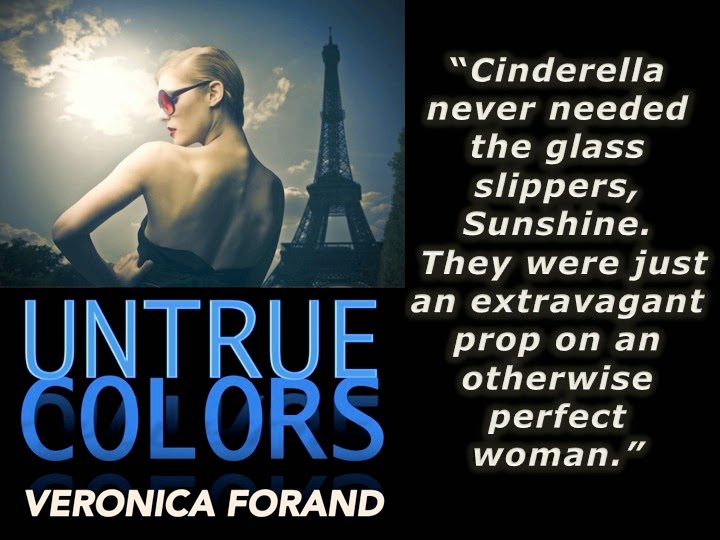 While his main henchman, Pascal, drove them through Paris, Luc held her hand in the back of the Mercedes like they were still lovers. They appeared perfect for each other, a rich art collector and the young art appraiser who had fallen head over heels for him. Rugged good looks combined with an enormous amount of wealth made him an ideal catch for a woman who didn’t mind being beaten into submission. Alex minded.
Dressed in a thousand dollar suit and wearing a sophisticated five o’clock shadow across his chiseled features, Luc seemed headed out for a night at the theater, not on the way to eliminate his girlfriend. Alex leaned away from him. She needed to get away. His free hand caressed her arm, rubbed her shoulder, and pulled her back toward him. Moving slowly, seductively, he wrapped his fingers around her neck and started to squeeze. He stared at her, his eyes neither narrowing nor widening, only observing her reaction.
“I promise I won’t tell anyone. I swear it.” She pleaded for her life, speaking French, the only language they’d ever spoken to each other. As his hand tightened with her words, she gasped and struggled for breath.
Luc pulled her face closer to his. His lips pinched together, causing the muscles in his neck to tense. “Liar.”
The more she struggled to pull away, the more his grip tightened. No longer able to inhale, her eyes watered and her life began to fade. With nothing left to lose, she struck out at his face. He released her, but slapped her ear so hard, her head flew into the door. The pain ricocheted through her skull, leaving her numb for a moment.
She glanced out the window and saw salvation. As Pascal slowed for a turn, she opened the door and jumped. Her Chanel suit acted as her only protection when she hit the ground and bounced onto the road. Asphalt scraped her skin with each rotation until she slammed into the curb. Pain rebelled in ribs not yet healed from her fall down Luc’s marble stairway. Car brakes screeched nearby. In seconds, they would be on her. She hobbled to her feet, sucking in huge breaths. 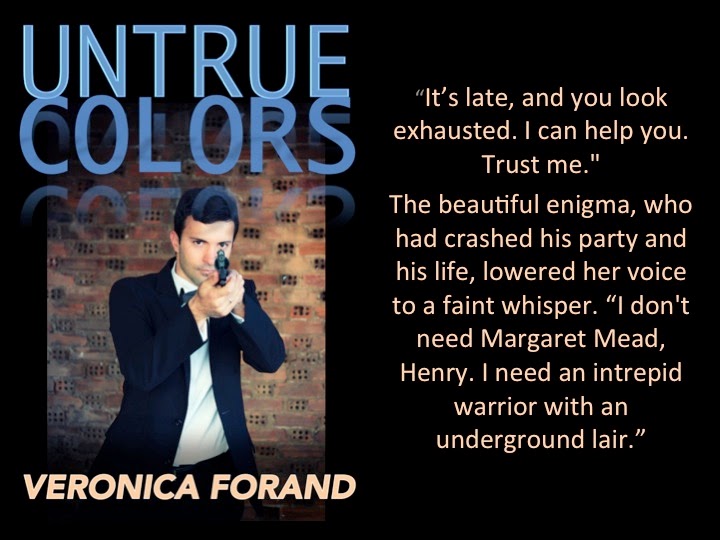 Alex merged into the manic crowd entering the Gare du Nord at rush hour. She dodged men and women in suits, groups of school children, and what felt like hundreds of tourists. With her passports tucked in a travel belt under her skirt and several hundred euros in her possession, she boarded the high-speed train for London and prayed he wouldn’t follow her.