Kim is a former Broadway dancer, who feels trapped in a loveless marriage to a jealous wealthy older man.  He blames her for crippling him in an auto accident that he himself caused.

Kim strives to make the marriage work, despite her husband’s blame, verbal abuse and bitterness.

When she meets a wickedly handsome man on the beach, she fights not to want him, not to want a new life and not to fall in love.  But Derek is seductive and irresistible—a former soldier who recently comes to town to start a landscaping business.  Kim falls hard for him, and he becomes addicted to her.

Although Kim wants a divorce, her husband finds out about their affair, and devises a plot to destroy them both.  They must struggle to survive a web of lies, deceit and dangerous passion.

(Due to adult themes and sexual content, this book is recommended for mature readers.) 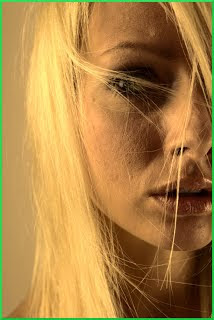 I love to read and write novels.  I'm also a loner, who loves to drink copious amounts of coffee--and I won't turn down a good bourbon if it's offered by a handsome man... or indeed, by any kind and generous man.
​
I'm a Scorpio, and I love the beach.  I have a background in graphic design and creative writing.  My mother kept diaries and wrote short stories about Christmas, old lovers and travel.

Reading on the beach is one of the great delights of life.  Sun, sea and sand.  Ahhh... and then I pick up a book and dive into a story.   I love everything gold: golden tans, golden hair, golden sunsets and golden earrings.

My husband, Dane, is a diver and sun worshiper.

Kim didn’t stop.  She marched on, heading for the path, her bare feet kicking up sand.  As she crested the dunes near the house, she stopped, paused, then glanced back.  The beach fire was out, the smoke rising, being shredded by the wind.  Derek was already walking away, a shadow drifting along the edge of the tide, slowly retreating from her.  She felt a catch in her throat.  God, how she wanted him.

She turned her cold eyes on the house, a dark and foreboding prison cell.  With her jaw set in defiant determination, she turned, aiming her eyes on Derek’s dark receding shadow.

Derek wasn’t aware he was being followed until he’d nearly reached his cottage.  Colin barked from his stylish doghouse shed.

Kim advanced slowly, having been to this part of the beach only once.  It was unpretentious, far from the main road, in a low-slung neighborhood of quaint, private beach bungalows, with a good view of the dunes and ocean.

Derek twisted around and saw her coming toward him, a dark figure with blonde hair glistening in the moonlight.  He stood there watching her, in an aching desire, as she slowly closed the distance between them. 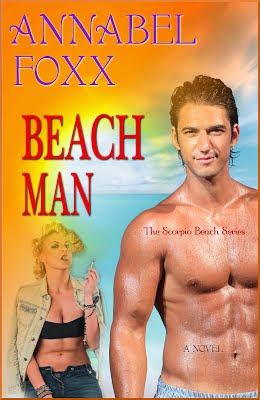 They stood close, the moonlight drenching them. He leaned in a little and kissed her full lips. It was electric. She shut her eyes, trembling.