From the moment she saw Shawn Scarlett perform at a school talent show, Kit Larson has loved two things: the guitar, and the gorgeous, green-eyed boy who inspired her to play. But one careless night in high school shatters her hope of ever being more than a notch on his bedpost.

Six years, two bands, and one mostly-mended heart later, Kit’s about to make her rock star dreams a reality as the new guitarist for Shawn’s band, The Last Ones to Know. He may not remember their reckless night together, but Kit has never forgotten… and she’s determined to make him eat his heart out.

The release of their new album means a month cooped up on a tour bus, sleeping inches away from the ridiculously sexy musician she’s never quite gotten over. And as Kit gets to know the real Shawn—not Shawn Scarlett, the rock god, the player—their attraction becomes too hot to resist. But the past is paved with secrets, and when they finally surface, Kit could lose everything: the band, the music, her dreams… and Shawn. 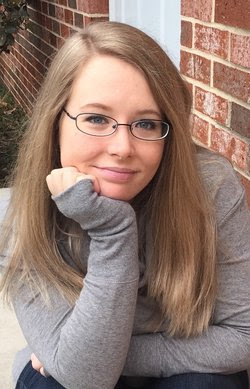 Born and raised in South Central Pennsylvania, Jamie Shaw earned her M.S. in Professional Writing before realizing that the creative side of writing was her calling. An incurable night-owl, she spends late hours crafting novels with relatable heroines and swoon-worthy leading men. She's a loyal drinker of white mochas, a fierce defender of emo music, and a passionate enthusiast of all things romance. She loves interacting with readers and always aims to add new names to their book boyfriend lists.


“Kit,” Kale complains, and I stop walking. At the top of the stairs, I turn and face him.

“Kale, you know this is what I want to do with my life. I’ve wanted to be in a big-name band since middle school. And Shawn is an amazing guitarist. And so is Joel. And Adam is an amazing singer, and Mike is an amazing drummer . . . This is my chance to be amazing. Can’t you just be supportive?”

My twin braces his hands on my shoulders, and I have to wonder if it’s to comfort me or because he’s considering pushing me down the stairs. “You know I support you,” he says. “Just . . .” He twists his lip between his teeth, chewing it cherry red before releasing it. “Do you have to be amazing with him? He’s an asshole.”

It’s not like I can’t understand why Kale is worried. He knew how much I liked Shawn before that party, and that night, he squeezed every last detail out of me. He knew I gave Shawn my virginity, so he knew why I cried myself to sleep for the next few weeks when Shawn never called.

“Maybe he’s a different person now,” I reason, but Kale’s dark eyes remain skeptical as ever.

“Even if he isn’t, I’m a different person now. I’m not the same nerd I was in high school.” 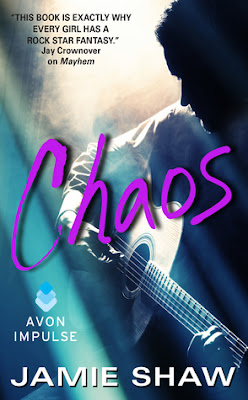 I start down the stairs, but Kale stays on my heels, yapping at me like a nippy dog. “You’re wearing the same boots.”

“These boots are killer,” I say—which should be obvious, but apparently needs to be said.

At the front door, I turn around and begin backing onto the porch. “What favor?”

“If he hurts you again, use those boots to get revenge where it counts.”

I laugh and take a big step forward to squeeze my brother in a hug. “Promise. Love you, Kale. I’ll call you when it’s over.”

With a big sigh, he hugs me back. And then he lets me go.