Showing posts from April, 2017
Show all

It turns out nobody wins in a game of hearts. 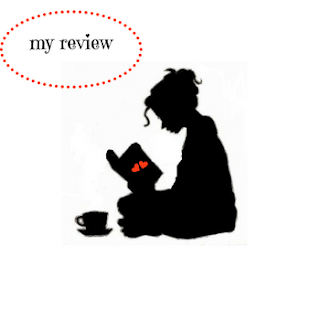 To make a promotion in the ever after,
she’s going to have to manage not only her own dating dilemmas  but those of her clutzy, dating-disaster assistant.

She didn't want to marry anyone, let alone the wrong one.

Some things have to fall apart before they can be put back together.

Spinning a story of a joyous marriage to make
a dying woman happy is forgivable, isn’t it?
Post a Comment
Read more

Brewer Ross has given up on love…until he meets a
woman who turns his life—and brewery—upside down.


Brewer Ross has given up on love…until he meets a woman who turns his life—and brewery—upside down.

When he agrees to assist Austin through a spate of brewery mishaps, he lays eyes on his true fate—in the form of the petite, my…
Post a Comment
Read more

Maxine and Antony are about to discover a game of casual hook ups can
lead to something neither one of them thought they deserved—the right fit.

When Maxine Nicholls discovers her fiancé is cheating, she turns to fast food and nighttime soap operas, but her sister has a plan—unbridled rebound sex with a stranger.
As one of Toronto's hottest players, Antony Laurent tallies scores on and off the ice, but when the chiseled defense man hits a slump, rumors of a trade to the minor league send him to ambush a managers meeting at a posh club.
That night a chance encounter ends up as an unforgettable evening of passion. But Maxine and Antony are about to discover a game of casual hook ups can lead to something neither one of them thought they deserved—the right fit.


She dropped her gaze and stared at his hands. God, they are big hands. Big hands, big… “Do you want a coffee?” she blurted out. “A coffee? Non.” “Or maybe you nee…
Post a Comment
Read more


Sparks fly between a misunderstood New York socialite and a cynical divorce lawyer in this lively standalone rom-com from the USA Today bestselling author of Blurred Lines and Love Story.

Pampered heiress Georgianna Watkins has a party-girl image to maintain, but all the shopping and clubbing is starting to feel a little bit hollow—and a whole lot lonely. Though Georgie would never admit it, the highlights of her week are the mornings when she comes home at the same time as her uptight, workaholic neighbor is leaving to hit the gym and put in a long day at the office. Teasing him is the most fun Georgie’s had in years—and the fuel for all her naughtiest daydreams.
Celebrity divorce attorney Andrew Mulroney doesn’t have much time for women, especially spoiled tabloid princesses who spend more time on Page Six than at an actual job. Although Georgie’s drop-dead gorg…
Post a Comment
Read more
More posts